Next month our managing director Richard Rydon will take on the Great North Run in support of Cancer Research UK.

As Richard studied and met his wife in the city and supports Newcastle United it really could only be the Great North Run as his first half marathon. What he lacks in experience, he more than makes up for in confidence as his training has ramped up in recent weeks as the big day approaches! In a city close to his heart, Richard is representing a cause close to his heart as he runs to support Cancer Research UK. 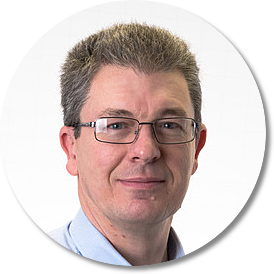 The Great North Run holds the Guinness world record for being the largest half marathon in the world with 41,615 runners in 2014. It is an iconic sporting event; which has welcomed over a million runners from all corners of the globe since its inception in 1981. Founded by local star, and Olympian Brendan Foster, the race was conceived in order to raise fitness levels in the North East.

Aside from its sheer size, the race provides the opportunity to run alongside some of the greatest athletes the sport has ever seen. Sir Mo Farah has won the last 4 races! The run is a cultural phenomenon spurning out millions of stories for those who partake. However, the real winners are the charities, with tens of thousands of runners supporting special causes.

Cancer Research UK is the world leading independent charity dedicated to researching cancer. CRUK are heavily involved in research and make understanding the biology of cancer a priority, spending £423 million on cancer research in 2017/18. Their overall goal, which they tirelessly work towards, is increasing the number of patients surviving cancer year after year. In order to move towards this goal, CRUK have adopted the strategy of focussing on four key areas: prevention, early diagnosis, development of new treatments and the optimisation of current treatments (through personalisation).

The world-class research done by CRUK has no doubt contributed to the number of people surviving a cancer diagnosis doubling in the past 40 years. However, looking to the future the next goal is to see 3 in 4 people surviving by 2034. Aside from solely focussing on the research of cancer, CRUK also put a lot of time and effort into prevention. As smoking is the biggest preventable cause of cancer, a lot of resources are focussed on anti-smoking campaigns. The most notable of these aim to protect children from smoking and helping people quit. A huge goal for the charity is to bring the number of people smoking in the UK down to zero.